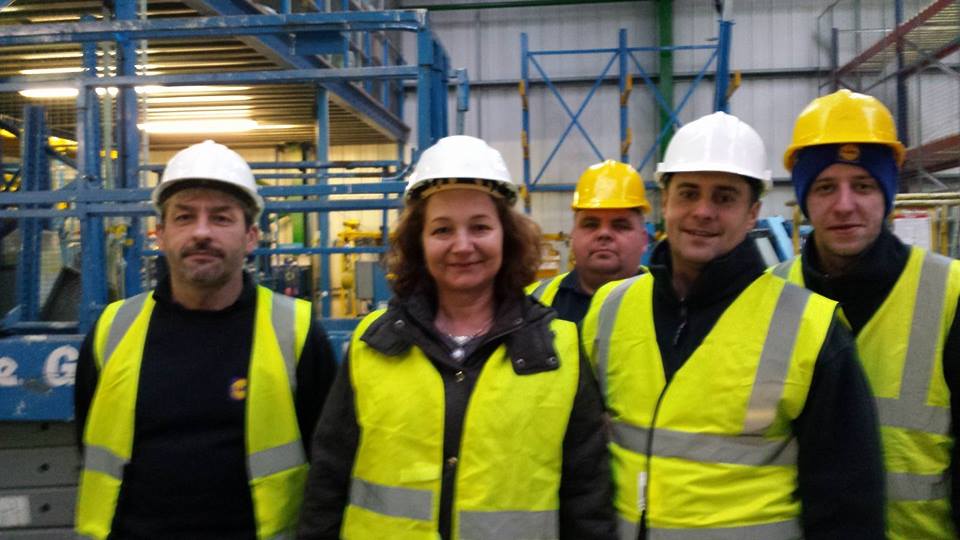 In 2004, in the early days of Ania’s Poland, my niche recruitment company, the company name should provide enough of a clue as to the nature of that niche, my main challenge was to find clients, and persuade them to engage my services. Once I got it all confirmed by email, yes, please, we would like 10 warehouse workers or 10 cleaners, it was a done deal, money in the bank. Finding the right candidates was a doddle, a walk in the park, a piece of cake, and it usually took me no more than a couple of days to fulfil the request and invoice the client.
I weep real tears when I think back to those beautiful times.

Fast forward to October 2018, and the Polish job seeker market resembles Tim Burton’s Nightmare before Christmas.  Except it’s my nightmare, not Tim’s.

First, the clients. They have recently surprised me, after years of not needing my services, because, I am guessing, they were able to recruit Polish workers through their internal recruitment processes, or getting their existing Polish employees to bring friends and family to work for them. In fact, clients started abandoning me during the 2008 recession and they never came back in the pre-recession numbers. It was increasingly the case of don’t call us, we’ll call you. And they never did.
Never say never, because now they are returning in droves, and they are bringing a friend.

We can pretend that nothing has changed yet, but it’s no use. British employers on the verge of Brexit are struggling to find Polish workers.  This is still new and confusing experience for them, as more and more of them are making a shocking discovery that for the first time in more than a decade all the Zbigniews and the Marcins with their legendary Eastern European work ethics have become thin on the ground.
Ryanair one way passenger lists on their flights to Gdańsk, Rzeszów and Łódź over the last year or so might hold a key to explaining why there is a shortage of warehouse workers in Taunton, carers in Staffordshire, gardeners in Cotswolds, office cleaners in Croydon, handymen in Hackney, and housekeeping staff everywhere.

A good gauge of the depth of British employers’ current predicament is the fact that they are turning to me again, in large numbers, with the sense of quiet desperation, please Ania, just one good fork lift driver for our night shift, we pick him up from Birmingham and drive him to West Brom every morning no problem, we will make sure he has a warm blanket and a soft pillow for the journey, a Kitkat and real cream in his coffee.
If you think I am exaggerating, please send me your CV, provided you have a valid counterbalance licence, and you can start enjoying the perks tonight.

Let’s now look at the workers. The pre-Brexit Poles in Britain are very different from the post-Accession Poles, who used to arrive starry-eyed in their thousands in 2004 and kept coming steadily for a number of years afterwards. A number of things happened in the last 14 years. In no particular order, this is what has changed.
Britain has spoilt many of them. When they first came from Poland, at the warm invitation of Tony Blair and his EU enthusiastic government, eager and hungry for work, they were ready to accept any working conditions, 4am start, £4.85 per hour (national minimum wage rate in 2004), 8 people to a house, one shared bathroom, every other Wednesday off? Fine, where do I sign and when do I start?

These days the feedback I get from employers goes like this; Dear Ania, out of the 10 lads you kindly sent me last week, Jacek smelled strongly of alcohol and was unsteady on his feet so I had to send him home, Przemyslaw turned up late and told me that he had to leave early because he had an appointment with personal trainer at his gym, Piotr said that he had a bad back and could not do heavy lifting so perhaps this was not a job for him after all, and left, and Grzegorz said that he was only interested in being paid cash in hand because otherwise his family Working Tax Credit payments would be affected. Rafal was yawning throughout the shift and apologised but he didn’t think he could deal with regular sleep deprivation. The other five did not turn up.
This sounded to me very much like employers’ complaints about local workforce from many years ago, and why the Poles were such a breath of fresh air.

Over the years Polish workers picked up the lay of the land, and realised that they could ask for better wages, better working hours, and better living conditions. They learnt all about their employment rights, entitlement to benefits and about a great British invention called council flat paid for in full by housing benefit. Integration is a double-edged sword.

Another thing is about overlapping timing of events in Britain and Poland, which means that Poles are both leaving, and no longer coming.  They are leaving quietly, some with genuine sadness, but with Brexit fast approaching, many decide to call it a day. They do not make a big deal about it, they just pack up and go.

Brexit uncertainty in Britain, the she loves me, she loves me not, deal, no deal, rights, no rights fickleness of EU negotiations in relation to post-B Day freedom of movement had coincided with Polish government in Poland introducing attractive monetary incentives for God fearing Polish families in order to encourage them to, literally, go forth and multiply, in the original biblical meaning of the phrase. Each Polish family receives 500 zlotys, just under £100 per month, per child, in some circumstances, bizarrely, excluding the first born.  This gives a family of 4 children a monthly income of 1500zl (£300), not a huge amount, but not an insignificant one either. This generous Catholic fertility bonus might just tip the scales in families who consider emigrating as the reason to stay put in Poland, at least for the time being.